During the work-week, I am a language teacher in Tucson, Arizona.

I grew up in Germany, Arizona, and Georgia before moving to Seattle (I was an army brat); after a year there, and then a year in France, I returned to the Pacific Northwest, where I got married.

My wife and I spent several years in Seattle before going to live in Central America for a year...Then, after a year back in Washington, we moved to Arizona, where I am now indulging myself by setting up this photo web-site: a selection of photos from Seattle to South America, Italy to Nicaragua, from glaciated peaks to saguaro-framed rocks, tropical volcanoes, Paris, Korea...


Most of the recent photos are from southern Arizona or Korea, where I spent the month of June, 2011.

Over the years, photography has become a way to relax and refocus.

From my point-and-shoot while living as a grad-student in Europe,
I finally made the switch to digital while living in Central America several years ago.

Thank you for visiting.
--Joseph Cyr


A profile of me from AFAR magazine:
http://www.afar.com/afar/joseph-cyrs-photo-tips 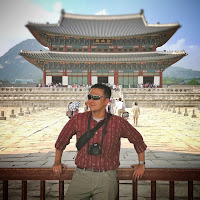 If you would like more information about reprints,
in card format or otherwise, please e-mail me:
jandscyr AT msn DOT com